Hi.
If any one wants to try frappe version 6 in production mode i update frappe wiki.
It is now even easier. If you already have vagrant installed then you just need to download my vagrantfile inside any directory, make erpnext folder and issue vagrant up.

Sorry for hijacking the post. I was thinking of combining the community efforts for Vagrant, Docker and the VMs (that we publish and lag behind).

Vagrant can use docker, so, if we come on with a standard “Dockerfile”, the “distribution” can be more standardized.

A more generic way would be to write an ansible playbook (with a few custom roles).

I think vagrant and docker are two good ways to distribute software to non linux environments. In linux environment when in development they have a place too because we can try different configuration, test installation process and reinstall the application several times if needed.

We can also use both in production. This way we can standardized the distribution and installation process.

So both have advantages as disadvantages.

In my opinion vagrant is more easy to setup and configure and is also the best choice for development. But two distribute it is more heavy because we have, every time a new version come out, to distribute everything (nginx, supervisor, node etc.) even if only frappe change. Of course we can update the distribution with bench update but for some reason we can made a mistake or some error may happen.

I think xtuple use vagrant as distribution process.

On the other hand i thinks that the process must be automated or few people will use it.

@anand pushed a vagrant script a few days back: 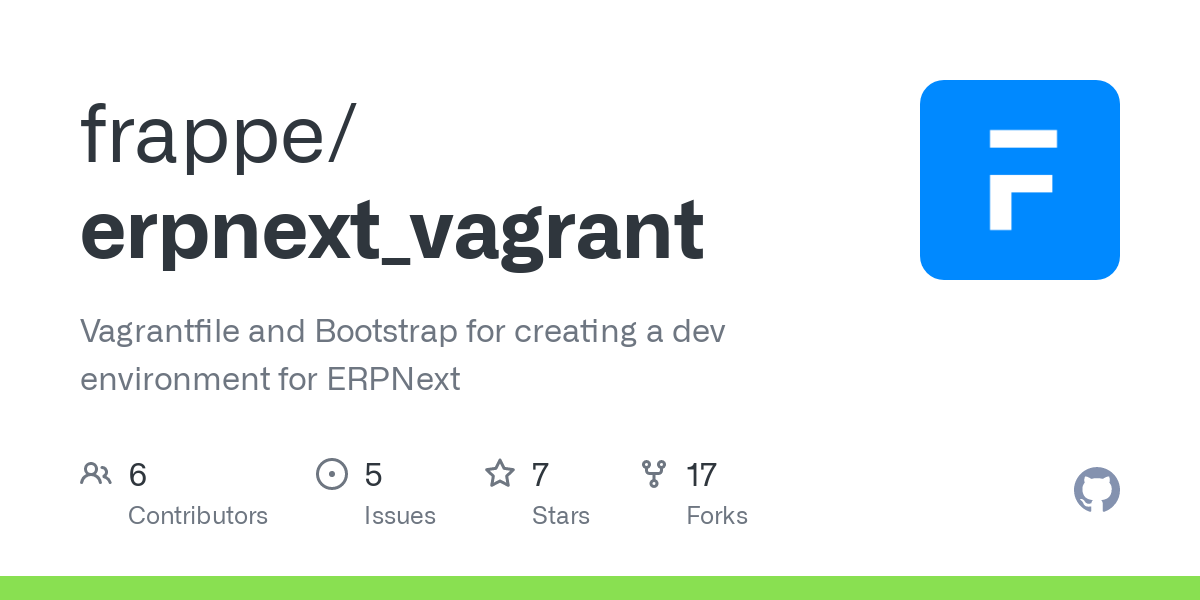 GitHub - frappe/erpnext_vagrant: Vagrantfile and Bootstrap for creating a dev...