I have installed ERPnext on a fresh Ubuntu 18.04.5 LTS server AWS using the easy install script
The setup completed but i am unable to login. Dont see the login screen at all. 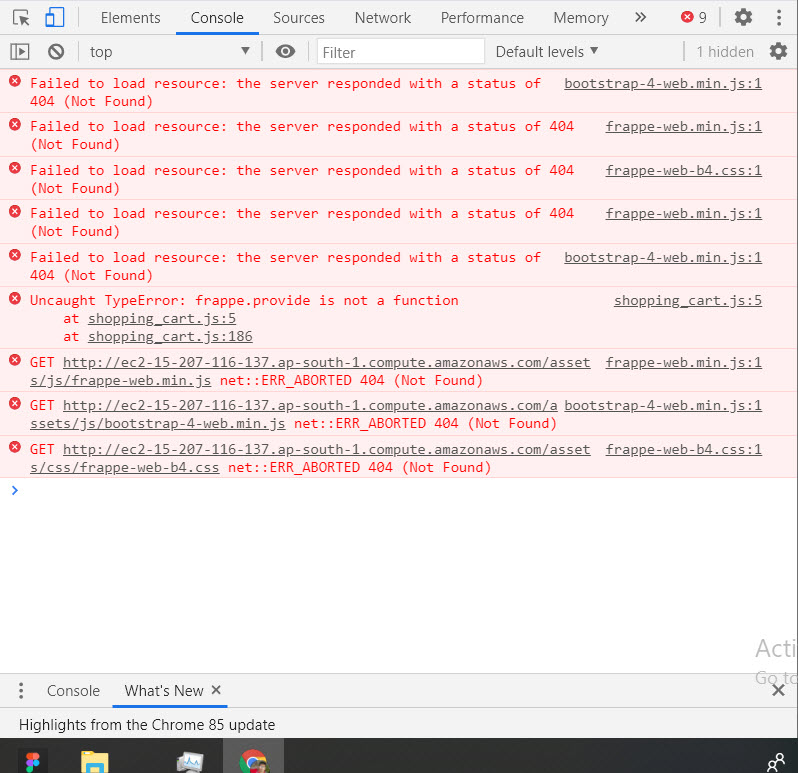 how much ram the system has … usually i go with t2.small

In my experience 8Gig is the minimum. I find that 7Gig is consumed by processes

My test machine runs on AWS t2.micro without any issues.

How to install in aws User Forum

How is the response?

Yup. I tried the lower end. It works. The responsiveness in my use case is noticeable. The snappiness went away.

The RAM requirement mainly stems from the bench build process. If that problem is tackled, then we can have ERPNext/Frappe setups even on servers with 1G or less RAM.

I’ve written a new feature which builds and maintains assets. This only works on develop and the next v13-beta. However, this feature enables assets to be packaged and attached to the GitHub releases that will be made henceforth. If you can craft an alternative script to utilize those assets instead of having to build on your servers, you can run with a much lesser RAM requirement.

There’s also Frappe Docker which could also work for you.