Hello. We’ve tried sending email via erpnext v7 on a new Gmail account but emails keep getting rejected/blocked. Note, this is a new email, hasn’t reached the 500 email limit, less secure apps enabled, and has no other bounced emails.

Email appears “Sent” in email queue but email is being rejected or blocked by gmail. Anybody else has the same problem? 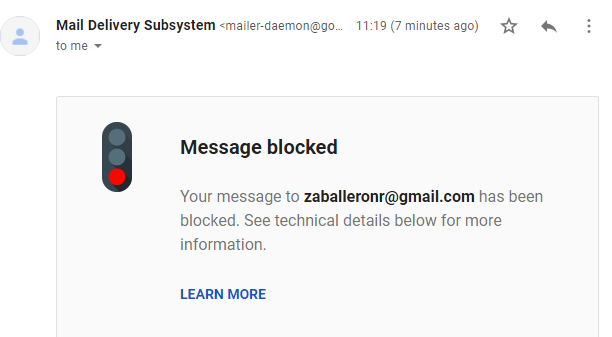 Has the email account been used for sending emails in bulk? If that’s the case there’s a chance it’s been blocked to prevent spam.

There’s no error message in the email queue. The email is marked as sent. But upon checking the inbox of the email, google’s email daemon prompts that the message has been rejected.

This is a new email so it hasn’t been used for bulk sending. Any idea what’s going on?