Issues/Questions with Gantt Diagram on ERPNext

Issues with Gant Diagram on ERPNext.

right now our team is evaluating the project module and we have noticed some strange behaviours which you could maybe explain to us.

In the project module we have the opportunity to create Gantt charts from our tasks.

STEP1: Our current workflow is first to create some tasks

STEP2: Now we want to say that “Send issue” is depending on “Write issue”.
So we add it in the “Write issue” task

STEP3: Now this is our current Gantt chart 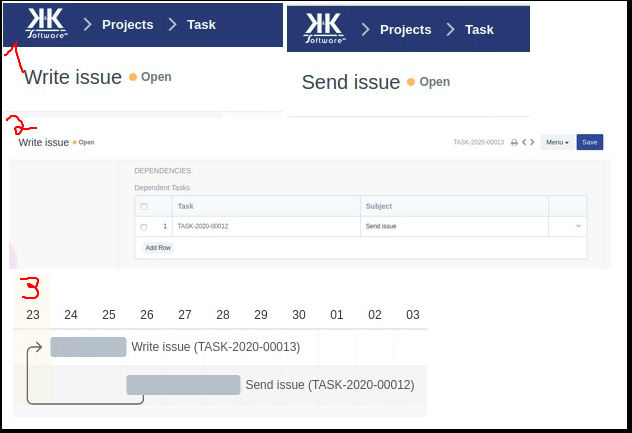 And here are the problems we are confronted with

Thanks for answering and helping us out!

Is it not possible to work from the Gantt chart? Like clicking on a task and edit it or change the duration of a task by dragging it on the Gantt chart

This feature is definetely broken at the moment and would have to be fixed by a JavaScript-Ninja.

I would say one of the issues here is that frappe is using it’s own custom gant chart library which does not seem to be developed that much anymore. 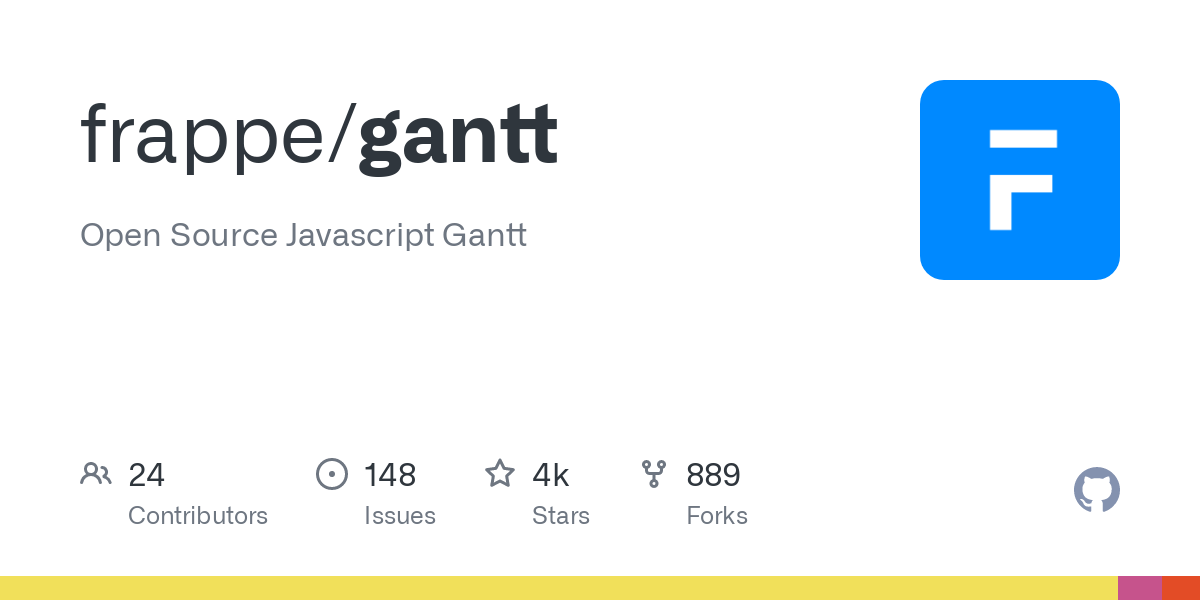 Maybe using a more established gantt library would be worth considering.
This might also ease the integration.

Regarding the first question, the arrow is pointing in the right direction. Based on the ERPNext Documentation (Tasks)

Dependent tasks indicate that a particular task is dependent on another task, and the former cannot be completed before the completion of the latter.

This permits you to see what tasks are to be completed within the task view before completion of that task. Also, children tasks of parent tasks are always a dependency of a parent task. As a result, the tree view of tasks should represent tasks and their subtasks, and you cannot complete the parent without completing all the children tasks.

I had made the same mistake you had using it the first time around.

The rest of the questions regarding the Gantt chart view are answers I cannot give, but others above me have.