How do i give a new role i created “An access to General Ledger report?”
I have giving the new role almost a replica of Account Manager role but i restricted him on some. When the user that supposed to use the role login,under account,he will only see Three features instead of four under Company and Accounts(He couldn’t see General Ledger)
Find snapshot for clarification 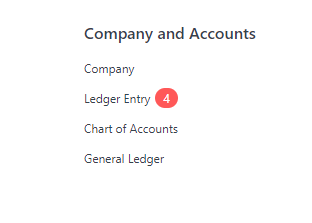 I have also checked under doctype while creating role,there is no doctype called “Reort:General Ledger”