hello, when i press on sync offline invoices in POS in ERPnext version 9 , i get this message:
Could not find POS Profile: posprofile, Delivery Warehouse: Stores - EUSF
what procedure i can take or where can i check to resolve this issue.
The thing is my store is called Stores - ESL , but it says another one .

Do you have multiple companies on this installation?

If so, does one of them match the - EUSF abbreviation?

yes i do have multiple companies on this installation and there is a warehouse called Stores - EUSF,
but they are 2 separate companies how did it capture the warehouse of the other one?
i open each one of them on separate ports.

Opening them on separate ports does not prevent a user of company A from logging in from the port of company B.

And we are talking about separate companies within ERPNext and not separate tenants.

It would probably be a good idea to go and look at the “Comments” section of the affected warehouses for a clue as to what users have been making changes and when they occurred. 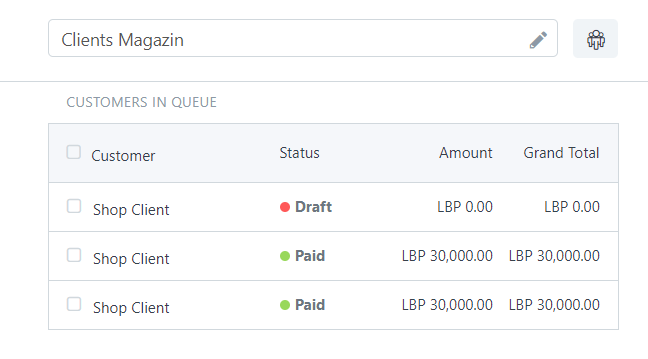 due to it being multi-tenant, an already pre-written warehouse for the first company was imported to the doctype of the second company and that’s where the issue was in the doctype of sales invoice for warehouse of each item, just deleted it.