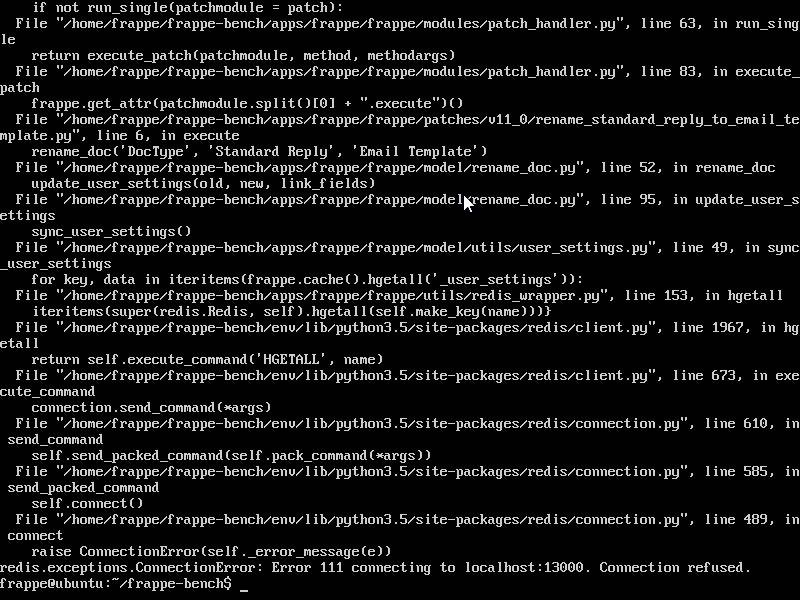 Maybe comment out the rename_standard_reply_to_email_template line in
/home/frappe/frappe-bench/apps/frappe/frappe/patches.txt
and then rerun the bench update

how to deal with:

If you have a look at this thread…

I have been working on a system which WAS on frappe/erpnext 8.0.66/8.0.48, and which crashed during an update. Using a bunch of completely not-recommended mangles, I managed to get the system to hobble along. After several “bench update --reset” fails, I started commenting out the patches which fail to get past as many as possible. (Thanks to clarkej for teaching me about this part - even though I didn’t understand what he was talking about at the time) sed -i “s/erpnext.patches.v8_0.move_acc…

You will need to comment out the patches giving you trouble… eg.

and then run (tuned to your site name etc

works OK on all the “good” patches, ie. if the “bad” ones are commented out.