The objectives of this posts are two:

1- Raise funds for a WhatsApp integration
2- Talk about how the funding problem can be solved, because there seems to be a separation between Frappe and the community.

1- We want to make a WhatsApp integration, but we can’t afford it by ourselves. We thought it was right to rely on an issue that has been going on for over a year and is very complete, besides it had several likes:
https://github.com/Frappe/erpnext/issues/15412

In this way, the list of to-be-developed functionalities is already settled. After the development process, we can merge it with the core with a PR for V12 and another for V11, because we need it in V11.

For example, we estimate that U$S800 is enough to make it, and we already have a client that is willing to contribute U$S100.

Anyways, in case that the funds are not raised, we encourage those interested to contact with us via private message, because, in the case that the project is achieved by other means, we can share the code to those who need it, but without the core integration.

2- Based on this post https://discuss.frappe.io/t/what-is-the-current-status-for-bounties-funding-for-erpnext that goes about the problem that the developers don’t contribute to the core but make their own and private customizations for their clients.

Leaving asside topics already discussed in another posts (like the complexity of integrating it to the core, the time that it demands, the time that the Frappe team takes to merge it, the restriction in the addition of new features to v11, etc), there are people in the community, who want to contribute with their funds to add features that are needed not only by them, but by others too, but the Frappe team doesn’t have interest nor time, and then, those features ends up being funded by a customer and in a private repository. I’m not saying that there is no intention to share the code, I’m saying that there is no possibility of integrating it to the core due to all the above.

We are sure that today there are, privately, many developments that could be part of the core, and that could have been in it if there were a good bounty system. The core can always integrate a basis, from where everyone can create their own customization for their particular client.

I don’t remember how the price/team assignation was implemented in the old bounty system, but maybe the bottleneck was there. In the other hand, the quality of the code can be evaluated at the moment of the PR, and knowing the development team. Lastly, there should be a way for those who needs the feature to implement it before Frappe decides merge it to the core, because the long delays could discourage the contributors.

I am willing to fund the entire project.

Isn’t better to do the integration at Frappe level, as an extra Channel on the Notification doctype. That way it could be accessible from any module built on Frappe

Same thing i want to do in my CRM,like whenever we make a customer ,that customer will receive a whatspp message from our side by our CRM.

Is there anyone who can help me out and explain how to integrate whatsapp send api in my CRM (erpnext) by front end only(java Script).

Little help would be appritiable.

The discussion should continue as we move forward … the more feedback the better, right ?

This is a brilliant idea. I’m also interested in this feature. I can already see a lot of use cases for this.

I’m in for developing this feature, however, I would require more detailed requirements and someone to communicate with about the requirements.

Hello Saifi, let’s start making it soon, it would be good to continue then the discussion in the github thread about the details of the requirements.

WhatsApp is widely used messaging system, there shouldn’t be any limitation in using it in erpnext.

From any operational doctype such as events, leads, invoices etc, we should be able to send via WhatsApp

Also, WhatsApp should be part of the notifications… my companies could have great use of this type of notification both for employees as well as for customers.

I am happy to support this development.

Will WhatsApp integration be two-way ? We have customers that send their order request with a WhatsApp message.

So in addition to being a notification channel, and a menu option, it needs to integrate like email - capturing incoming messages. My two cents…

Alright. I’ll do a little bit of my own research before hopping on to the GitHub issue so that we can keep that thread relevant. Once I get my head around it I’ll discuss it with you and everyone else who’s interested

The new issue is created:

There’s only one thing to say about this, let’s make it happen!

We have the opportunity to take erpnext communication to the next level.

Privately and on a side note, I am discussing with @szufisher for WeChat messaging communication - my companies have 70% Chinese costumers so it’s highly important for us.

I find a custom app for wechat integration, maybe we can use it as reference: 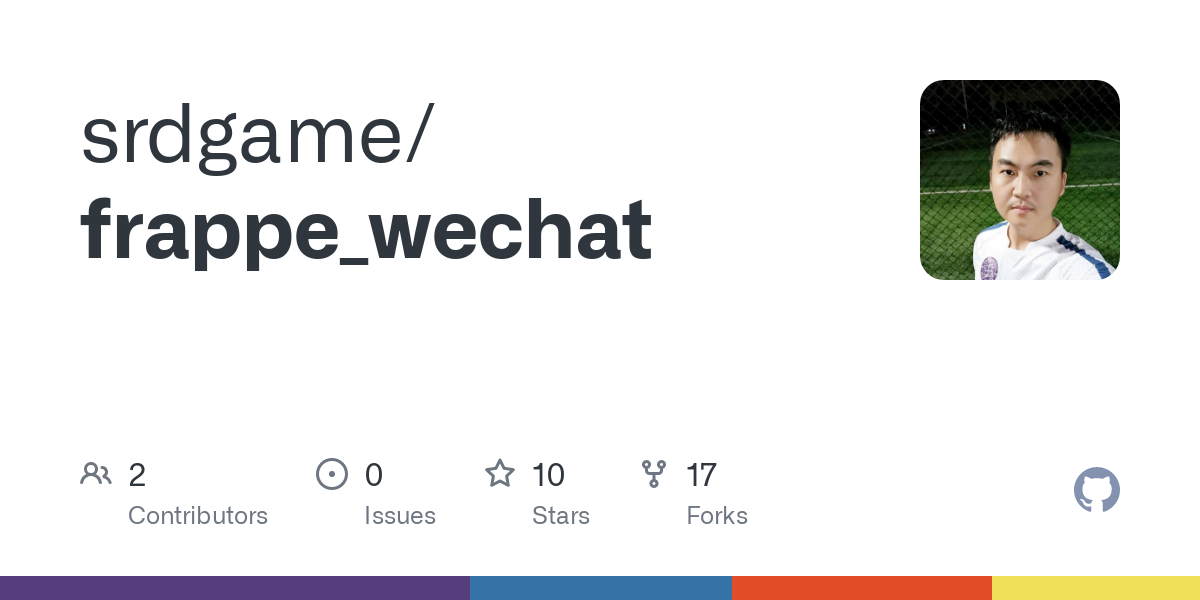 Contribute to srdgame/frappe_wechat development by creating an account on GitHub.

Haha that could work.

@szufisher you should take a look at it as well

Great initiative, had looked into this a while back, I have seen some nice examples of integration being used by banks and courier services, having two way communication with preset functions something similar to IVR, if we can have road map to connect with existing or custom doctypes would be awesome

P.S @federico_calvo where do I contribute to the bounty?

Same here …how do we contribute to this Bounty?

It’s great to see so many people interested in the project. Please follow the GitHub issue for technical responses. Also I’m trying to figure out a crowdsourcing platform to collect funds for it, please suggest if you people know.

Funds wise we have already put 800 USD on it. I am willing to contribute more but how about we begin some actual development ?